Fernandina Island is located on the western side of Galapagos and, at an age of less than 1 million years old, it is considered one of the youngest islands. Compared to other islands of the archipelago, Fernandina is a rather large island, at 248 square miles, and it is a shield volcano, with a caldera measuring 4 miles in width. It was named in honor of King Fernando of Spain, who financed Christopher Columbus' expedition in 1492. As far as the volcanic activity is considered, it is still pretty active, the last eruption having occurred in 2018. This fact determines the somewhat arid landscape of the island, where the vegetation is comprised mostly of cacti and mangroves along the coastline. Fernandina is one of the most pristine islands in the world. All the wildlife species on the island came here on their own, without human intervention.

Fernandina Island can only be reached by boat, so you can visit it on a Galapagos islands cruise to the western islands. It is a favorite destination due to its beauty and the unique species that are rarely seen anywhere else. The visitor point on the island is Punta Espinosa and there are two trails you can follow on your tour. One is longer and goes inland up to a large lava flow, an amazing place to admire and photograph on your trip, dominated by the volcano ""La Cumbre"". The other trail is shorter, around the peninsula, and you have the chance to see and photograph lava cacti, an exceptionally resilient plant, as it can survive with very little water. If you decide to take a cruise to Fernandina in June, you'll most likely see newly hatched marine iguanas at Punta Espinosa, as they have a nesting spot here. This time of year also attracts Galapagos snakes, so keep an eye out for them on your tour.

Among the island's wildlife, a remarkable specimen is the land iguana, with a considerable population and large in size compared to other individuals on other islands. They prefer living and nesting on the edge of the volcano's caldera of and even within its depths. The rice rat is an endemic species you can spot here, Fernandina is among the few islands where native rats still exist. You can also encounter sea lions and fur seals.

The intriguing flightless cormorant can also be spotted on a tour here, an endemic species that can be found almost exclusively on Fernandina, together with blue-footed boobies, Galapagos hawks and Galapagos penguins.

Mangle Point is a small inlet on the island's coast you shouldn't miss on your tour, perfect for diving, snorkeling and watching the fascinating wildlife, and you'll surely have the chance to swim along with sea lions. The cold and upwelling waters attract a variety of marine life, including Galapagos penguins, marine iguanas, sea turtles, sea horses, rays and various species of sharks. Another great diving site not to skip on your Galapagos islands cruise, especially if you're an advanced diver, is Cape Douglas. With moderate currents, you'll see fur seal, penguins and sea lions racing around for food.

As the island is uninhabited, there are not hotels or restaurants, so you will be staying and eating on your Galapagos cruise boat.
Fernandina Fast Facts:
Animals: 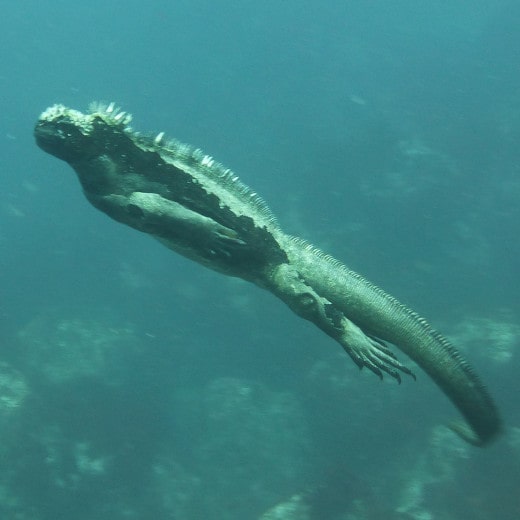 Espinosa Point is on Fernandina Island, and it is the only spot on the island you can visit. The landscape is strikingly barren, because of the terrain made of jet-black petrified lava, but it is very rich in wildli... More Information

Mangle Point, locally known as Punta Mangle, is one of the only two sites you can visit on Fernandina Island, and it is an excellent snorkerling site. Located on the eastern side of Fernandina, with shores surrounde... More Information